The Immortal Appeal of Superheroes and Villains 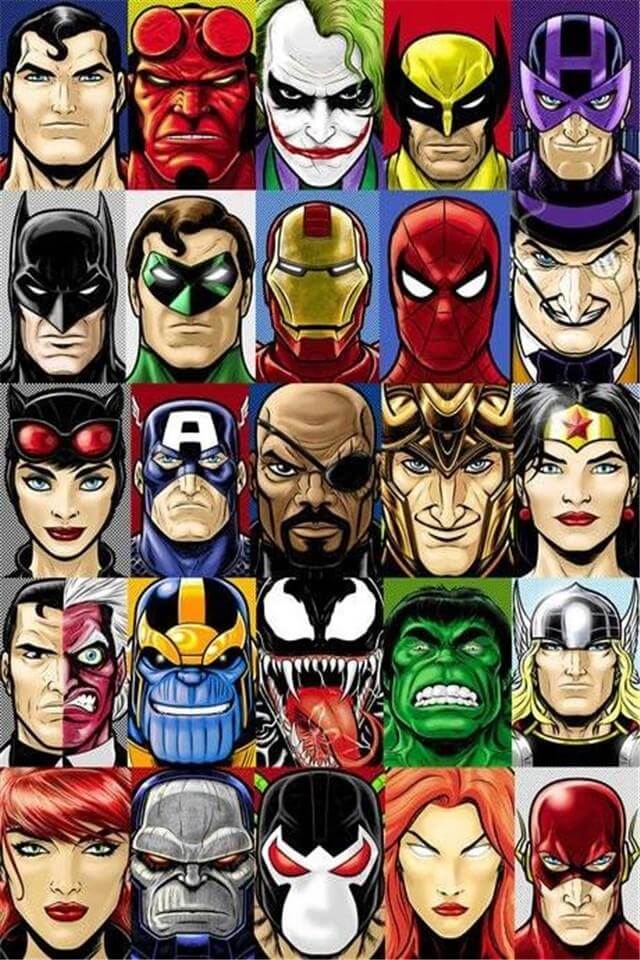 Posted by Christianna Cannon on 7/6/2018 to Superheroes & Villains

The appeal of superheroes is undeniable. With a range of powers to help fight for justice, tons of compelling origin stories and fascinating character crossovers, superheroes bring to the table every single ingredient for excitement and adventure. And of course, a range of dastardly villains — from the petty thief to the near-omnipotent universal conqueror — serve as worthy opponents and character foils.

Many superheroes have been saving the world and growing their fanbase for generations at this point, which all serves to cement them into the middle of pop culture, right where they belong. With stories told through comics, television, and film, we have plenty of opportunities to see different interpretations of each character as they appear in different media and battle ever-growing threats.

One of the best things about superheroes is that it's never too late to develop an interest in them, age-wise or timeline-wise. Kids and adults of all ages have grown up with superheroes and appreciate them on different levels. And as far as timelines go, you don't need to know everything about a superhero's past and origins to enjoy them. Some of the same stories are covered in different types of media, including the current run of Marvel Cinematic Universe films, which gives new fans a chance to learn the origins of the character while also giving established fans a new interpretation of a story they already know.

Of course, another fun detail of superheroes and the villains they oppose is the range of costumes they wear. The looks of most popular superheroes have become iconic, instantly recognizable even to people who aren't fans. Naturally, this makes superheroes and villains extremely popular for Halloween, costume parties, convention cosplay, and more.

Superhero and villain costumes range from the simple to the incredibly complex. But if you recall that nearly all superheroes were originally developed for comic books, you'll start seeing a bit of a pattern regarding capes and skin-tight outfits, with the variation being mostly in color, design, and logo. Most of each hero's iconic look comes from a few small parts of the costume, like a mask, gloves, boots, and other accessories. This means you can often put together the main body of a superhero outfit with relative ease, but might find yourself stuck on these defining details.

Superhero gloves and boots, like Batman's gauntlets, can be found here at Halloween-Mask.com because we know how important those details are. As for the face, many superheroes wear a relatively simple mask or none at all, while others have the mask as one of their defining traits. Different superheroes and villains will require different levels of effort for creating the look, and even a mask-less character might have a distinctive face that is best reproduced with a full-head mask. The Green Lantern villain Hector Hammond is a good example of this, with his swollen psionically-capable brain.

You could definitely achieve the look of some characters with makeup alone, but masks are often better for practical reasons, and especially for kids. Children aren't the best at sitting still and having the makeup of face paint applied, let alone keeping it smudge-free, so the best option for kids is always a children's superhero mask. Generally, we recommend superhero and villain masks for adults, too, as they save a lot of time and effort — and also help you get much more into character.

We have a wide variety of superhero and supervillain masks here at Halloween-Mask.com, including vintage, classic cartoon, and modern styles for those who prefer a specific era of super-history. Our selection includes heroes and villains like Batman, the Scarecrow, several versions of the Joker, Catwoman, the Penguin, Superman, the Flash, several of the Green Lantern Corps including Abin Sur, Kilowog and others, Robocop, Spiderman, the Hulk, Deadpool, the Teenage Mutant Ninja Turtles, and many, many more. Also, since 2018 shows no signs of the superhero trend slowing down, keep an eye out for new masks here in our catalog as new films are released.

If you're looking for a specific superhero or villain mask and you can't find it in our online store, please feel free to contact us so we can help you show off your heroic (or villainous) nature!